It’s an issue which will confront us all at some stage.  When should we (or our parents) stop driving because we have become unsafe? 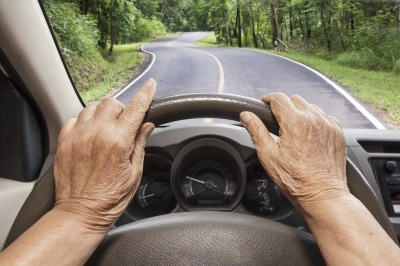 In the May 2013 edition of Royalauto, the RACV magazine, I read a sad but interesting story about Geoff and his gradual decline as a driver.  It began with subtle changes, in particular to do with his ability to judge speed and distance.

These skills are controlled in the brain’s frontal temporal lobe and the decline was the first sign of the onset of dementia.  Geoff’s form of dementia was not due to Alzheimer’s disease.  Instead, he had frontal temporal lobe dementia.  The signs of dementia are not the same in everyone.  It depends on which sector of the brain is first affected.  In this case it was difficult to tell if the changes were due simply to age or something more.

Older drivers have been in the media a lot in recent times.  Have you noticed how many have accidentally driven into a store window? There are over 70,000 people in Victoria alone who are suffering from dementia, and while we don’t know what caused these accidents, it is possible that a memory slip might be responsible.

In Geoff’s case he looked after his brain and his health which is probably why he was able to ward off the effects of dementia so well for so long.  The first signs appeared while he was in his 50’s, which is very early.

Until we can find a way to rid the world of this sad disease all we can do is look after our brains and our health.  We can lower the risk of dementia and delay its onset by focusing on different exercises and tasks, so we exercise the entire brain.

Discovering the benefits of solving puzzles early in life can help ward off dementia and preserve your independence as long as possible.  You will be able to sit confidently behind the steering wheel knowing that you have your full faculties available to you.